States have long looked to cannabis taxes to fill coffers, create jobs and boost the economy. Even in places where conservatives have originally opposed cannabis, money seems to speak across the aisle. Now, as COVID-19 has pushed state income to unprecedented lows, and cannabis sales have remained somewhat steady, politicians all over are considering cannabis reform as a way to replenish state funds.

While enacting cannabis reform for the explicit purpose of gathering taxes is nothing new to the industry, doing so specifically in response to a health crisis is certainly another thing on the long list of experiences no one expected to happen in 2020. And yet, across the United States of America, legalization efforts and bills are being advanced in numerous states. Here’s a look at which states are considering opening up to cannabis sales in response to COVID:

The Governor of Pennsylvania, Tom Wolf, voiced his support for legalizing marijuana in order to help boost the economy and collect taxes after the epidemic has left the state’s funds depleted. While it’s notable that Wolf is willing to be so vocal in his call for cannabis reform, it is also notable that the push for legalization is toothless, as the Republican-lead state house and senate have vowed to veto any legalization measure. 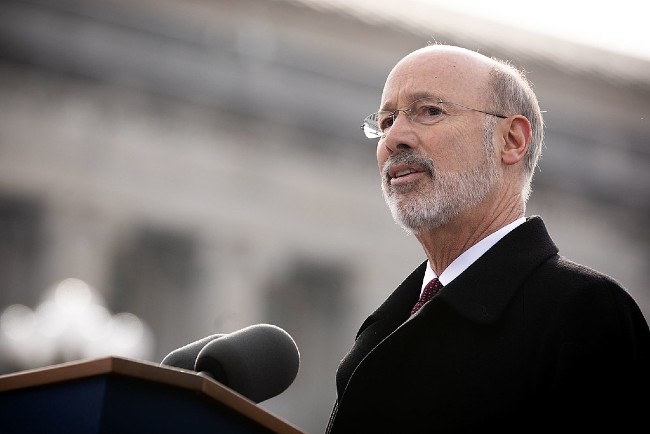 While Governor Wolf supports legalization, progress is not expected to happen this year. photo credit

The state senate has stated that legalization will not be taken up this year, offering that they, “…look forward to receiving specifics about his broad concepts including who would regulate this new industry, where it would be sold, strategies for enforcement and plans to minimize the impacts on the medical marijuana industry. Like with any issue, a bill would need to work its way through the Senate Committee process to be vetted. Movement on this issue should not be expected this fall.”

This defense might hold more weight if the senate leader Jake Corman had not previously gone on record in 2018 to say, “As long as I am leader, I will do everything in my power to prevent legalization of recreational marijuana.” Still, getting the issue more attention in voters’ minds may have a lasting impact down the line.

The Garden State is nearly tied with New York for the record of “days it has been since a politician vowed to pass legalization in 100 days.” Governor Phil Murphy has stated his support for legalizing cannabis in New Jersey through his tenure in office, though he has been unable to pass the measure through the legislature. Still, he remains supportive of reform, and has gone on record to say that a functioning cannabis market would be a vital asset in helping the state bounce back from the pandemic.

If passed, the referendum would amend the state constitution to legalize recreational cannabis effective January 1, 2021. The measure is likely to pass regardless of its relevance to COVID, so for the time being, it seems to be a simple waiting game for residents of New Jersey so long as everyone gets out and votes.

Gov. Andrew Cuomo has tried to pass some form of cannabis legalization in New York for many years now, but progress has been slow and minimal. He has continually remained confident that legalization is just around the corner. Now, a coalition of county leaders (The New York State Association of Counties, or NYSAC) has recommended that cannabis legalization be a part of the state’s effort to help correct the budget. 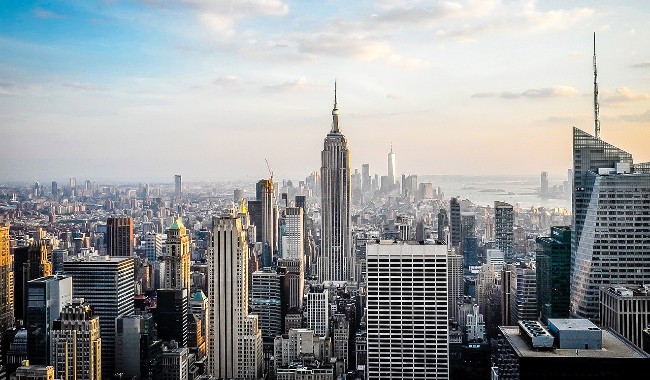 Many are hoping that that COVID speeds up the slow progress for legalization in New York. photo credit

In NYSAC’s report, they comment, “In every crisis lies the seeds of opportunity. Counties and the State should use this disruptive event as a catalyst to re-imagine state and local government in New York State…” Time will tell if their recommendation is heard, but knowing that numerous county officials are on board puts the chances of NY legalization much higher than it’s previously been.

Vermont has all but confirmed that it will pass regulations to allow for cannabis sales before the end of the year. Both the state house and senate have agreed to pass a version of S. 54, which establishes cannabis sales regulations, and are now hammering out the details, specifically on what the tax rate for cannabis should be. Vermonters will have to wait while the politicians squabble, but it seems like they won’t be waiting much longer. Regardless of what the final numbers are, it seems to be only a matter of time.

Beyond these COVID-specific reasons for legalization, numerous states have legalization measures on their 2020 ballot, and the year is far from over in terms of seeing how COVID will further affect state economies. As we’ve covered before, many states saw their legalization plans put on hold as the pandemic started, and may now be looking at reviving, or even accelerating legalization efforts. While COVID might not wind up being the extreme legalization accelerator that it appeared to be at the start of the pandemic, it’s clear that the economic fallout from the virus has brought legalization to the forefront of discussion for plausible solutions. Though many politicians may stand in the way, as other states have seen, when it comes to cannabis, the current question is “when” and not “if,” legalization will happen.

Which states are you hoping will expedite cannabis legalization? Give us your feedback in the comments.

Where to Get Cannabis Seeds to Start a Grow | PotGuide.com

Earth: More Killer Than Mother | On The World's…